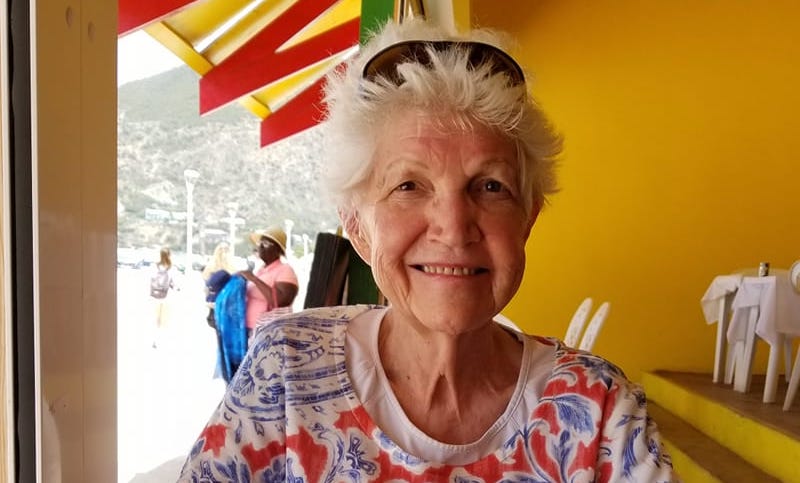 One Patient’s Story: Getting Back a Better Quality of Life After Glaucoma Surgery

For Fern Hill, glaucoma had become a fact of life after years managing the condition. But the treatment she’d relied upon was less than ideal, and her quality of life suffered.

Since being diagnosed with glaucoma, an eye disease that damages the optic nerve, Fern had used eye drops to treat the condition and keep her eyesight intact. While the drops treated her condition effectively, they weren’t the optimal long-term solution.

“Years ago, my eyes were burning badly, so my eye doctor had me begin using these eye drops every day,” Fern says. “I really don’t remember when it began, it’s been that long ago. They helped, but the eye drops were extremely expensive and it was a pain to have to use them all the time.”

A Different Approach to Glaucoma Care
Years of using eye drops had added up to a high cost, both in dollars spent and in time invested. So while Fern’s glaucoma was being adequately treated, she wondered if there was a better option.

During this procedure, laser energy is focused on the drainage tissue in the eye or eyes affected by glaucoma. It changes the tissue in a way that allows fluid to naturally drain out of the eye, reducing eye pressure, which is the biggest issue related to glaucoma.

“Dr. Michael said that in the long run, the surgery would be less expensive than continued use of the eye drops,” Fern says. “And it certainly has been. The procedure was easy, and I haven’t had any problems since then.”

Beyond the procedure itself, Fern found herself wowed by the care she received from her team of ECOTN providers.

“Dr. Michael gave me the greatest attention, and the ladies in the office were wonderful,” Fern says. “The procedure went smoothly. I can’t say enough about the care I received.”

The Facts About SLT
Fern’s experience with SLT isn’t unique. It’s a treatment option that’s completely changing the way glaucoma is cared for, allowing patients to treat the condition without the inconvenience of using eye drops.

The procedure is intended for those who have primary or secondary open-angle glaucoma. In most cases, patients who undergo the procedure can discontinue glaucoma medications.

“Selective Laser Trabeculoplasty is an innovative treatment option we’re able to provide patients that helps reduce both the cost of treating glaucoma and the day-to-day time spent administering eye drops,” Dr. Patterson says. “The procedure is very effective, and our patients typically see results within a couple months afterward. While SLT isn’t a ‘cure’ for glaucoma, it does help patients get the condition under control in a way that benefits their quality of life.

Interested in finding out if you’re a candidate for SLT or other forms of minimally invasive glaucoma surgery? Contact us to schedule an evaluation!

If you're not ready to call us yet, see what services we offer and how cost effective they can be.

CALL US NOW
SEE OUR SERVICES