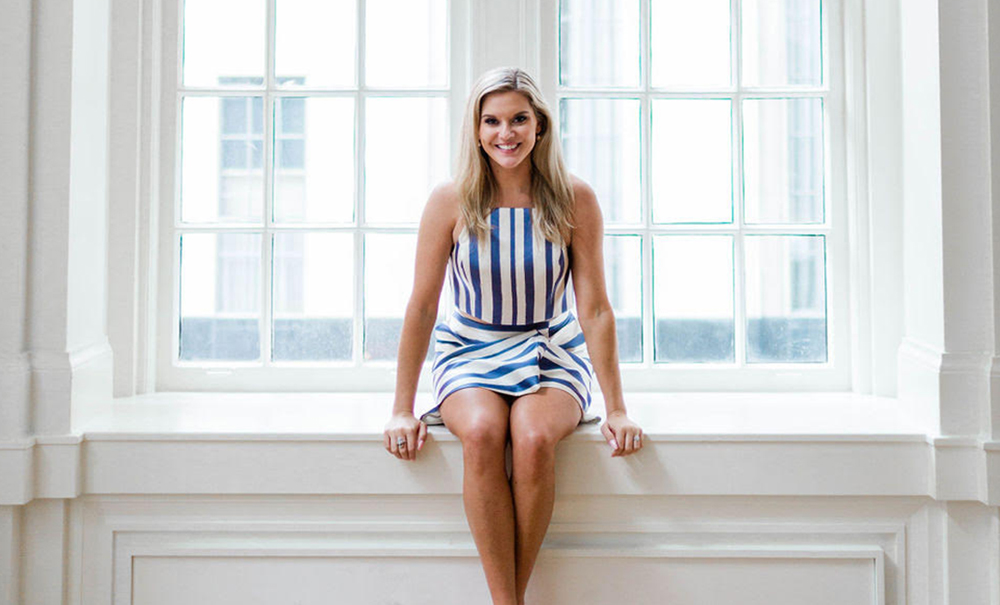 “I Can See Everything.”—Ginny Cole’s Journey With Laser Vision Correction

Consider this scenario: You wake up one day with exceptional vision, without any need for glasses or contacts. Well, these days, thanks to laser vision correction, that becomes a reality for many people. And for Ginny Cole, that journey to perfect vision started right here at ECOTN.

Ginny was like many of us whose vision required correction from a pretty early age. In fact, it was during middle school that a teacher suggested to her parents that Ginny needed to be seen by an eye doctor.

While for most people that early visit for a vision check might end with a pair of glasses, Ginny was adamant from the start that glasses weren’t for her.

“The Lions Club used to come to school and do vision tests, and my vision was bad even then,” Ginny says. “But I never gave their note [about my vision] to my parents, because I did not want glasses. I remember writing in my diary, ‘I will not wear glasses.’”

So in the sixth grade, with the permission of her parents and the OK of her eye doctor, Ginny began wearing contact lenses.

For many years, using contact lenses worked just fine for Ginny. She became accustomed to putting them in her eyes and removing them fairly quickly — two major requirements for success with contacts.

But as she grew older and life became busier, her contact lens use changed. Little did Ginny realize that what seemed like convenience would actually turn into a significant inconvenience over the years.

“In high school, they set me up with contacts I could wear both day and night,” Ginny says. “At first, I was using them as directed, but then life got busier and everything was going by faster. I would realize after a long period of time that I hadn’t changed my contacts. That just kinda became the norm. And I thought I was being cool and saving money.”

But the little bit of cost savings wasn’t worth the results.

“Right out of college, I started getting ulcers on my eyes, which Dr. Bosanko said was due to contact overuse,” Ginny says. “The ulcers eventually went away, but then I started getting other types of eye infections, which were a hassle to deal with while traveling for my job.”

Vision Correction Surgery as a Solution

The doctors at Eye Centers of Tennessee had been telling Ginny that she was a good candidate for vision correction, but the cost and fears about the procedure itself kept her from moving forward for a while.

But eventually, frustrated by the fact that she continued battling eye infections, Ginny began to explore her options, looking around at other providers before eventually landing back home with ECOTN.

“There were so many benefits of working with ECOTN,” Ginny says. “They took me through a really intense pre-op appointment that was so thorough, literally answered all of my questions, had a really quick turnaround time on scheduling the surgery, and everything was done locally.”

Ginny underwent PRK Laser Eye Surgery, performed by Larry Patterson, M.D., on a Thursday morning. The following weekend, she had some understandable fears when her vision suddenly seemed to worsen. But a quick text to a nurse led to a special weekend appointment that put her at ease — and reaffirmed why she chose ECOTN in the first place.

“I texted the nurse and said I was scared,” Ginny says. “She said Dr. Patterson will be right up there. He didn’t have to come up there on the weekend, that was just something extra he did to reassure me. That customer service just blew me away.”

By her follow-up appointment on Monday of the next week, she could tell a noticeable difference in her vision.

And then a month later, she had an “aha” moment.

“I had this moment where I realized, ‘I can see everything,’” Ginny says. “It was the most incredible feeling. I will never have to worry about contacts ever again. That’s amazing.”

Interested in finding out if you’re a candidate for laser vision correction? Contact us to schedule an evaluation!

If you're not ready to call us yet, see what services we offer and how cost effective they can be.

CALL US NOW
SEE OUR SERVICES